Generally when comes to replacing native UI components, I'm strongly against it. But, we've all been there, when the client insists on it.

You'll see how to style it via CSS (webkit only), apply pure JavaScipt plugin with native scrolling or apply simple CSS hack.

CSS solution, but only for webkit #

Webkit scrollbars can be styles via CSS. This is great, but still not cross browser. CSS tricks has a great article on it.

You can use pseudo selectors, these ones are used in the demo:

This one I wrote years ago, and it is fully supporting IE8. It needs some love, as it should updated with I have learned since then.

Using browser native scroll so it is smooth as you can get. Scrollbars are customizable via CSS. 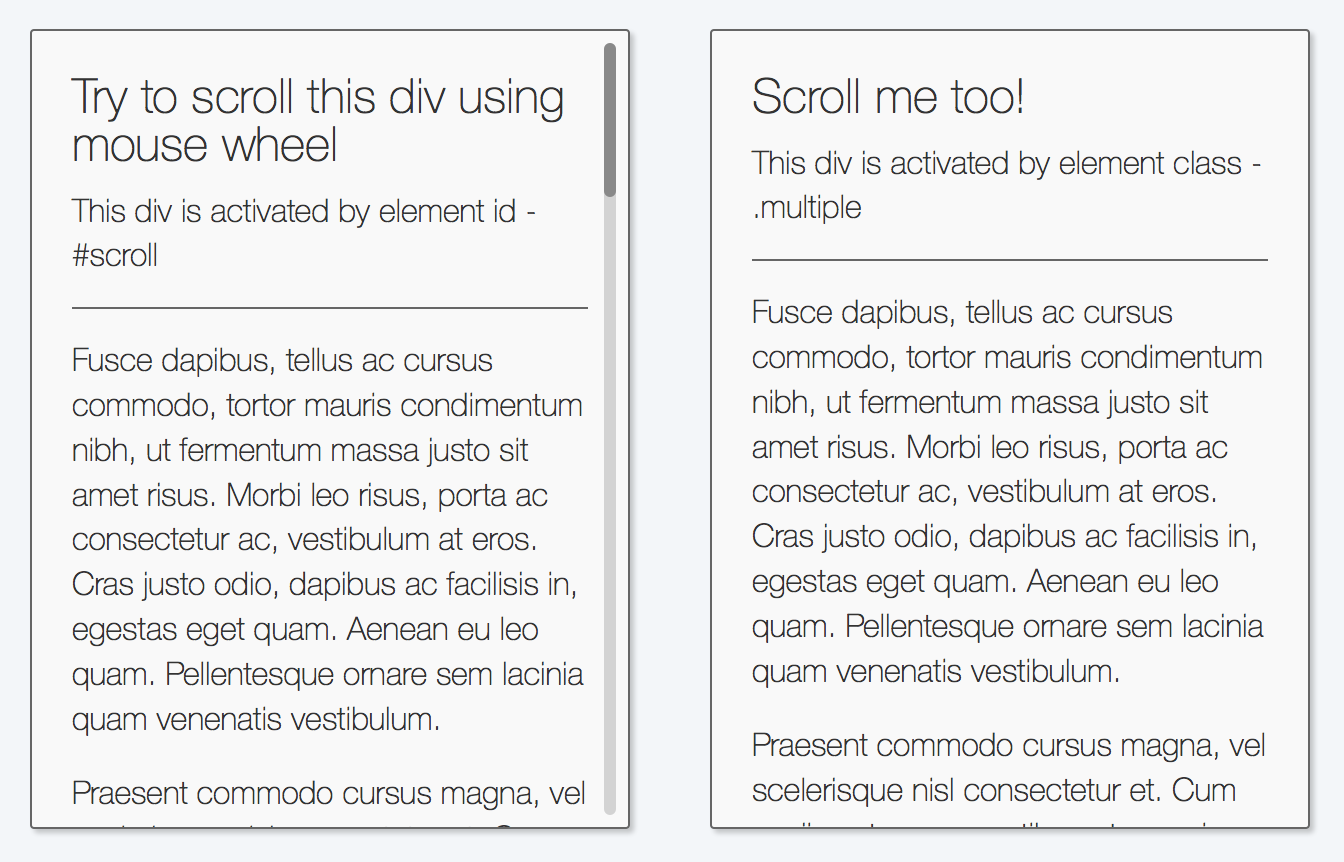 Grab the code on GitHub.

We are going to exploit the fast that all of the browsers have sub 20px wide scrollbar. This demo is using two divs, outer one which will be scrolled, and content wrapped in the inner one. Just put overflow: hidden on the outer div, and on mouse hover, switch to overflow: scroll Having inner div smaller for 20px, you will be able to create enough space for the scroll bar, and content won't jump around.

You'll need to add modernizr, or some other way to detect touch devices. That's why we are using overflow-y: scroll by default. Scrolling on touch devices is already nice and smooth.

Check demo on CodePen (please note that demo was updated to work without modernizr).