Switching to Atom, this time for good

I'm a big fan of Sublime Text editor, which I was using for years now. Minimal, fast, reliable. But there is one big problem with it. Only one man is working on it's development and community really slowed down. JavaScript ecosystem is going forward at incredible speed, and I'm not sure if Sublime will be able to keep up.

Even bus factor comes to mind.

That's why I tried couple of alternatives. When comes to bigger IDEs JetBrains is really good, but it is not as snappy as I would like. Logical move was to try GitHub's Atom editor again.

Atom is basically a open source clone of Sublime Text, built on web technologies. I've tried it two times in the past, but both times I was going back to Sublime. It just wasn't as polished and fast as Sublime is. Couple of weeks ago I gave it another chance.

This time it blew me away. It is so much faster than it was last time I tried it. Community released and updated so many great packages. Linters, support for React, Angular, Babel, ES2015... UI is better, everything improved so much.

Small disclaimer, I'm a frontend developer, and Atom is awesome for it. People are using it for everything else too, but I don't have much experience with other languages.

Issue with large files is still here though. Opening 5MB+ log files is painful. This is something that I hope will be solved in the future, but it is not a deal breaker for me. Also when you open a file, there is a brief flash of white text, before syntax highlighting kicks in, but I got used to it after couple of days.

Thanks to everyone in the Atom team and community, for making awesome development tool, and keeping it open source. 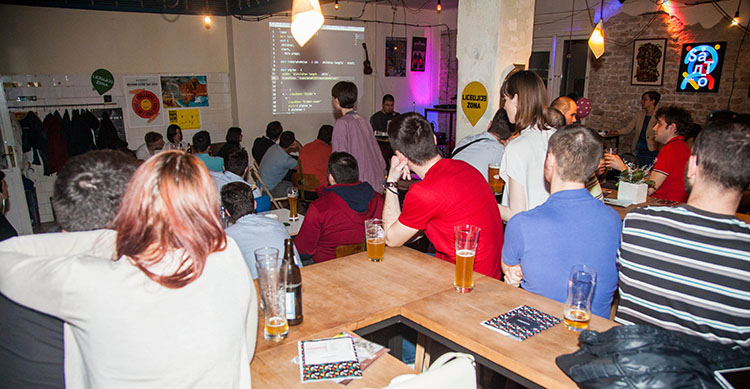